What does Google Mobile Services certification mean for smartphones?

Google, the creator of Android, announced at the beginning of this year that it will introduce restrictions on their functionality on devices without GMS certification. Barriers will include access to the Play Store and system updates, without which the use of smartphones will be a real headache. When and whether will we actually suffer the consequences of the revolutionary changes in Google? Choose Android with or without GMS?

GMS certification of smartphones with Android becomes a fact.

Android, created by Google, is today an unquestionable leader when it comes to the operating systems used by the smartphones sold on the market. For years, software with robot logo has been supporting the work of up to 85%-88% of models sold in Poland. For some time now, Google has been introducing a certification process for smartphones all over the world, including in our country. And all that is done in the concern of the Mountain View giant to provide users with the right comfort and stability for their smartphones. Our company is one of the manufacturers that offer smartphones with Google Mobile Services certification. Therefore, we can be proud of our cooperation with Google, as well as with the largest global companies. The issue is absolutely important and groundbreaking, and Google’s announcements are as real as possible – says Radosław Trzeba, a member of the Management Board of mPTech Ltd. Even now, when preparing and testing the system for new devices, such as myPhone or Hammer smartphones, before obtaining certification, we encounter cases of blocking certain Google services, such as access to the Google Play – Store. The lack of possibility to install the application makes the functioning of smartphones limited – adds Radosław Trzeba.

Today, Google Mobile Services on your smartphone is a must.

It is the policy of a U.S. company that only its partners can apply for a Google Mobile Services certificate. The only Polish producer of smartphones is mPTech. Certainly for many people it is still a mystery what GMS actually provides. Well, the Google certificate gives you a lot:

GMS is first and foremost a guarantee that:

As a result, devices from manufacturers that do not take care of GMS certificates will not have access to system updates and the most popular applications such as Gmail, Google Maps and YouTube, and those that will be made available may not work properly. Can anyone imagine using a smartphone without being able to personalize it through their favorite applications? Already now, when replacing the model with a new one, it is worth to make sure that it has the Android system with GMS.

Pure Android on your smartphone is equally important as GMS

Smartphone manufacturers also pay attention to another important aspect of the system, i.e. pure Android. Motorola, Nokia among others, and – of course – on Polish market, our company boast to use the Android system without unnecessary, slowing overlays or applications burdening its operation. Pure Android is not a marketing trick, but a real benefit. These manufacturers use the system in their smartphones, unlike other companies, without advertising or unnecessary applications, thanks to which every user has unlimited and free possibility to personalize their smartphones. Pure Android also guarantees smoother operation and optimized management of the power consumption needed solely for the operation of the system.

In the face of changes, the fact whether a smartphone has GMS certification and pure Android should be taken into account as the first, most important feature of the new model. Without this, even an advanced processor and a large amount of RAM will not solve the problem of restricting access to Google Play, the world’s largest app store. 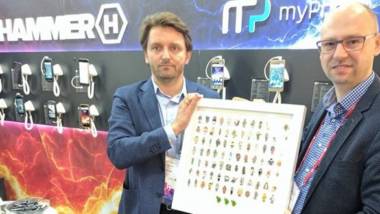 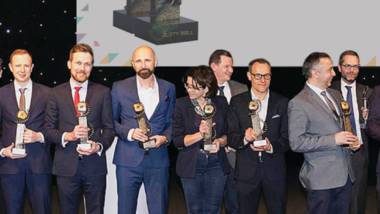 mPTech, the Polish company of the year 2017!