VoLTE on your phone. What is VoLTE and VoLTE Ready? Advantages

VoLTE is a relatively new technology, it is free of charge, but offers many benefits. It is highly possible that your smartphone is also supported by VoLTE. Or perhaps, you have noticed the VoLTE tag on your phone calls and are wondering what it means? How do you get VoLTE up and running and reap its benefits? Below, you will find the answers to all your questions and learn about the

It is important to know that until now, smartphones and phones have used 2G and 3G technology for voice calls. Even a smartphone with an LTE modem if it is not supported by VoLTE – during voice calls – switches to the 3G or 2G network (if the device is in range of a 3G or 2G network). And LTE technology was used mainly for data transmission. And in some of the current devices on the market, this is still the case, but both 2G and 3G are already somewhat older technology, which compared with the capabilities of newer devices, with LTE and VoLTE falls short. Because with VoLTE, users can not only transfer data at faster speeds, but also talk at LTE speeds. 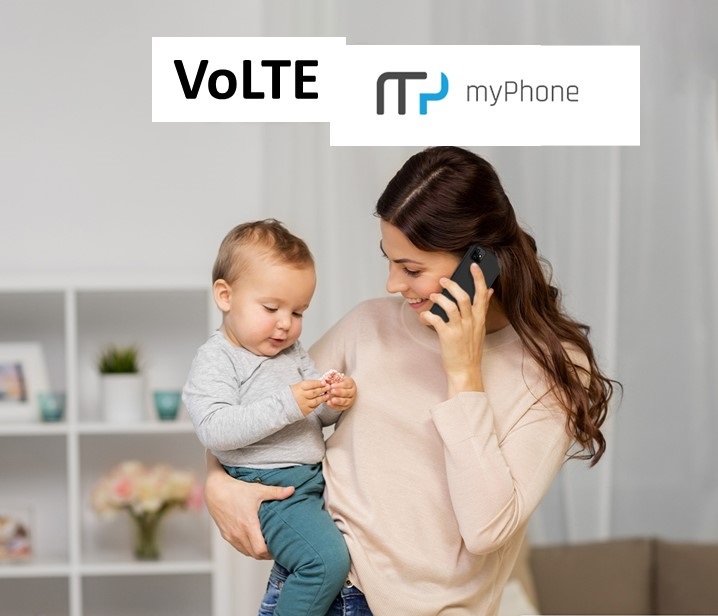 VoLTE stands for Voice-over-LTE and as we mentioned – it means a modern technology that enables voice calls over the LTE network.

Is it worth using VoLTE? Advantages of VoLTE on your phone

It is worth it! With VoLTE, voice calls are made faster and in better quality – these are the main advantages of this technology. As a result, it is possible to connect to the caller in as little as 1 second, and in the conversation our voice is more clear, real, with less background noise. Other advantages? There you go: using VoLTE, you can simultaneously talk and connect to high-speed mobile internet (LTE), which would not be possible without VoLTE (lack of VoLTE makes it necessary for the phone to switch to 2G or 3G technology so that the speed and quality of the internet connection may be lower – these networks may be more congested). As a result, while you are on a call, data transmission still works and you can multitask at the same time.

Is there a charge for VoLTE?

The use of VoLTE technology is completely free of charge. The service itself is made available together with the phone / software update prepared by the operator and the phone manufacturer. This is worth emphasising – in this edition, originally – the service was only available in models purchased from the mobile operator providing the VoLTE service. At the same time, calls using VoLTE are treated like classic voice calls and, more importantly, do not charge the data package additionally. In summary: in order to use VoLTE (if it is made available to a particular model), it is not necessary to install it or pay extra, although launching it with an update may involve accepting new settings. However, it is usually activated automatically.

Please note that if you want to use VoLTE, you must have an LTE SIM card*. If you do not have one, you can exchange it with your operator, often free of charge.

VoLTE as an important feature when choosing a smartphone and phone

Currently, thanks to the rapid development of networks in the 5G standard, operators are slowly moving away from supporting solutions that only operate on the 3G network. As a result, as VoLTE technology becomes sufficiently widespread in the future, operators will slowly reduce support and the number of transmitters on the 2G and 3G networks. Moreover, once 3G networks are switched off, more and more users will inevitably use 2G, so there is a risk that this band will be heavily congested, and such a state will result in poorer call quality and, in extreme cases, even difficulties in making voice calls (in 2G). Therefore, it is already worth betting on a smartphone or phone with VoLTE when replacing your phone with a new one. VoLTE is the future and an important technology, so it should now be one of the criteria to consider when choosing a new device.

In the future, once 3G is switched off by operators – all phones that do not support VoLTE will only connect to the 2G network during voice calls, so their users may experience difficulties with calls. Therefore, a model with VoLTE becomes even more important.

IMPORTANT: VoLTE on your phone today and tomorrow

Today, VoLTE technology for smartphones is already quite widespread. The implementation process of the service is progressing and already applies to classic phones, which is new today. For VoLTE on a keyboard phone to work, the following conditions must be met: first – the phone must work on the LTE network (be equipped with a 4G modem), second – it must have an LTE SIM card, and third – its software must support the VoLTE service. Fourthly – the mobile operator itself must also support VoLTE as do Orange, Play, Plus and T-Mobile. Such phones are already available for sale.

VoLTE Ready in myPhone and HAMMER phones
What is VoLTE Ready?

In the past, in order to be sure that a given device had software with properly functioning VoLTE, you had to buy a given device with LTE from a mobile operator offering VoLTE. At the same time, it happened that when swapping SIM cards (after inserting a card from another operator), the software with VoLTE for one of the operators did not work. This has been the case until now. Now, as mpTech – we are meeting the expectations of customers. For all launches, both smartphones and classic phones with LTE, we are introducing models with our “VoLTE Ready” functionality from 2022 onwards. The software on phones with the service we call VoLTE Ready is designed to support VoLTE for all mobile operators, even when changing SIM cards. VoLTE Ready loosely translated means that the phone, regardless of the operator, supports VoLTE and these are ready to support it. As a result, a phone of our production, whether purchased from a mobile operator or in an electro-market, on our online shop, recognises the SIM card of the respective operator and sets its parameters so that you can enjoy the benefits of VoLTE.

Our VoLTE Ready is therefore a more advanced solution than VoLTE, independent of the mobile operator, which, like VoLTE, primarily provides better call quality, faster calls and better coverage.

*Additionally, you must be within range of an LTE network and the operator itself  must have this service enabled. This may not be the case with smaller operators and/or virtual operators.

Summary: VoLTE is a highly useful technology and an important phone feature. If you are at the point of buying a new device and intend to buy a classic phone to last for years to come, then you should definitely consider buying a 4G classic phone with VoLTE READY. What’s more, just because a phone is equipped with LTE (4G) doesn’t mean it’s a bit more difficult or complicated to use as a smartphone. Nor does it mean that it will generate additional internet charges. In our mPTech offer, we have simple phones (without internet support) with VoLTE Ready technology such as: myPhone C1/S1, myPhone Tango LTE or HAMMER Boost LTE. 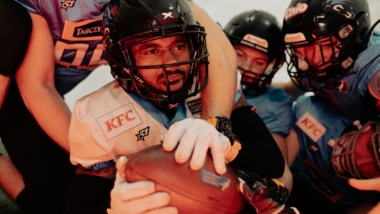 MWC 2018 in Barcelona. We are presenting 18:9 smartphones, new classics and tablets.