No doubt about it – smartphone models entering the market, which are ranked in the lower price segment, are getting better. And it wouldn’t be any wonder – after all, the development of technology is progressing fast. Nowadays a cheap smartphone can offer enough that today the purchase of a flagship might be unreasonable. The budget phone and the average-priced phone have never been so good – we reveal why it is not worth overpaying when buying a flagship.

The dynamic development of technology and the increasing affordability of advanced solutions make even a cheap smartphone less and less distant from costly, even two and three times more expensive models. On the other hand, the choice of a real flagship is discouraged by rising prices. As a result, “budget” solutions are getting better and flagships are getting more and more expensive.

For example – myPhone City 2 – a 5.7-inch smartphone, 4/64 GB with a fingerprint reader, Face Unlock and a 13 Mpx main camera, which works as users expect – is offered for 499 PLN. And it is a very interesting smartphone for up to 500 PLN – one of the most attractive choices in this price range on the market. On the other hand, for models with similar parameters, such as Nokia 8.1, HTC Desire 19+ or Lenovo Z5S, the amount of about 1000-1200 PLN has to be spent. For advanced, latest models with flagship model status such as iPhone 11 you should pay at least 3.5 thousand PLN, and in the case of iPhone 11 Max Pro it is from 5699 to 7449 PLN, and for Samsung Fold already approx. 8 thousand PLN. So the question arises – is it worth to buy a flagship model today

To be clear: smartphone prices can be both very low and very high. In the smartphone world, we distinguish between three types of devices: budget phones, ” average” phones and flagships. Which kind of device do you need? Look for the answers below.

Pay for the equipment, not the brand
The prices of smartphones depend largely not only on their specifications, but also on fashion and brand. Consequently, the cost of models of the world’s most famous brands is much higher because their profit margin is very high. In addition, it is their price that includes the so-called “tax on novelties”, because fresh features debut in flagships, and innovations cost money. There is even a rumor that the cost of producing an iPhone which costs about $1,000 in retail equals about $200.

Of course, those who say a brand suggests quality, value and support are also right, but it is the profit margin in the flagship models that makes up the majority of their price. It is completely different in the case of mid-market models or cheaper solutions – “budget”. – Here, beyond the brand, the price and specification are equally or even more important. For brands such as myPhone, the devices are available in an attractive quality/price ratio. Therefore, if the brand itself and the temporary prestige are not so important to us, it is worthwhile to take an interest in a smartphone such as City 2 or Pocket PRO, which have the same capabilities as even two or three times more expensive models of the competition.

Flagship model – temporary delight and trap (?)
Flagship model equals innovation, a complete device and a treat for geeks, and at the same time… a trap and a momentary delight. Why? Mainly because the vast majority of us, including those who have a Flagshipmodel, use only the basic functions of a smartphone (for calling, texting, taking pictures, alarm clock, web browsing, social media browsing and e.g. weather forecast*).

When we think of the fact that the ” mid-market models” is less and less different from the flagships, both in terms of quality of workmanship and parameters, it turns out once again that a smartphone working according to the user’s expectations can be bought not for 1500 PLN, but for much less. This situation has occurred just now, because in fact – just a few years ago, the phone for 1000 PLN was an ordinary plastic touch-phone, lacking in performance and possibilities.

Nevertheless, there are many arguments in favor of paying for a flagship model (especially: guarantee of support and a very good camera), but many users after a few years with an expensive model often decide on something from the middle shelf.

Affordable smartphone – a device to suit your needs

Due to the fact that the current “average” and budget phones are getting better and better – models costing even about 500 PLN and more should meet the expectations of most users. The “average” do not differ from the flagships also in terms of appearance or performance, and even – they also have few advantages – many of the models from the lower price range have a replaceable battery (and a common reason for getting rid of the old device is just a faulty or poorly functioning battery) or, for example, the traditional 3.5 mm headphone jack connector, that still has many supporters. Therefore, if you are not looking for a smartphone with absolutely everything, is it worth overpaying?

For most of us even the most expensive smartphone will not be the best one. It is better to bet on a cheaper, also versatile model, which will be more suited to our needs. Other practical arguments in favour of choosing a cheap smartphone are: inexpensive repair and a lesser disappointment and pity if our phone has an unpleasant encounter with the floor.

In conclusion, we encourage you to make a conscious choice and bet on inexpensive and proven devices, so that you can enjoy a good smartphone without overpaying.
* based on the results of CBOS research “Current problems and events” – “Using cell phones” from 2017 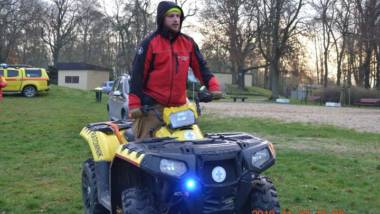 FACE TO FACE WITH HAMMER #12 - AN INTERVIEW WITH RYSZARD BRZOZOWSKI

We use cookies on our websites. By using our web sites without changing browser settings, you agree to the use of cookies in accordance with the Privacy Policy.Agree