Under the still little-known name of KaiOS there are hidden many possibilities and stories. To begin with, it is enough to say that it is the third most popular system for mobile devices in the world. Based on data from KaiOS Technologies, the owner of the platform, there are currently over 100 million active devices using this system. Then, what is a phone with KaiOS and what possibilities does it offer?

Intelligent cell phone with system
KaiOS is a simple system for mobile devices, which makes an ordinary, classic cell phone more smart. This is all thanks to the fact that KaiOS provides not only simple functions such as calling and sending text messages, but also the use of functions known from smartphones such as apps and GPS. The supporters of the system clearly state- thanks to KaiOS every feature phone is a substitute for a smartphone enclosed in a small casing with keys.

Facebook, YouTube and Google maps, a classic KaiOs phone
The main functions of KaiOS include LTE (on devices with LTE module), GPS, Wi-Fi and applications, although in a slightly simplified version. In our offer you can find phones with KaiOS – myPhone Up Smart (3G) and HAMMER 5 Smart models, which thanks to LTE offer constant access to the network and browser, and also have pre-installed mobile applications such as: Facebook, WhatsApp, Gmail, Google Maps or YouTube. They are operated using the physical buttons on the device.
The practical possibilities of the application are in fact a bit simpler than those in the Android GO Edition. For example, WhatsApp on KaiOS currently offers chat and sending photos, videos, gifs and voice messages (no voice calls), and Google Maps does not indicate the full route to the destination. It exclueds arrival time but gives general directions on how to get there. However, the phone on KaiOS system is characterized by a lot of versatility and provides opportunities that we have not seen before on cell phones.
In addition, on models with KaiOS system, including myPhone Up Smart and HAMMER 5 Smart, you can find Google Assistant, although this one is currently available only in English. An additional advantage is the whole KaiOS support in the form of KaiStore, which allows users to download additional applications. Of course, there are not as many of these as in Google Play on Android or AppStore for iPhone but this aspect has room for improvement, because the whole store is developing thanks to the financing of Google and the KaiOS community creating applications for this platform.
The KaiOS system also provides longer battery lifespan on devices due to an optimized interface, and offers wireless updates (via OTA). The system itself is relatively light in terms of hardware consumption and can run on devices with only 256 MB of memory.

(Update: 10.2020)
Did you like the phone with KaiOS? The mPTech offer available with this system today is myPhone Up Smart and HAMMER 5 Smart. In the near future we also plan to launch the myPhone Up Smart LTE model – with 4G LTE internet.

KaiOS system for whom?
KaiOS will not make your mobile phone a peak of convenience or an alternative or the for smartphone users. However, it will provide greater comfort of use of a classic phone and additional functions, which until now were available only on “touchpads” with Android, Windows or iOS. Thus, the HAMMER 5 Smart or myPhone Up Smart, or any other KaiOS cell phone, may be ideal for people who do not want or cannot afford a smartphone, e.g. due to hard working conditions or a lesser need for a touchscreen model. It will work well for seniors and many other people who expect great convenience and versatility from a traditional device. KaiOS is based on Linux and is the successor to Firefox OS (withdrawn by Mozilla in 2016). Currently, it is particularly popular in developing countries such as Latin America, Africa and India.
Applications available at the moment in KaiStore can be found on the website: kaiostech.com. 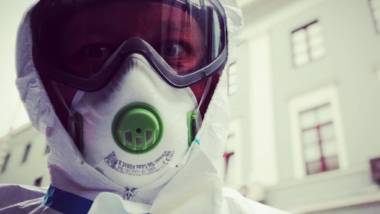 FACE TO FACE WITH HAMMER #10 - AN INTERVIEW WITH RAFAŁ MAZIEJUK 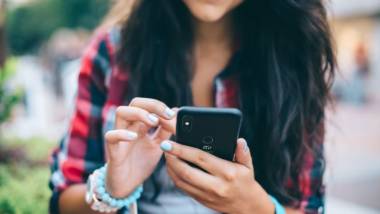 We use cookies on our websites. By using our web sites without changing browser settings, you agree to the use of cookies in accordance with the Privacy Policy.Agree