Expert: What do we know about the economic situation of the elderly?

While designing products and services with the elderly in mind, it is necessary to bear in mind their economic situation, which among other factors influences their ability and willingness to purchase what the market offers. The economic situation of the elderly varies greatly, and the financial capacity of an individual elderly person is influenced not only by the size of his or her pension, but also by the expenses he or she has to incur for health reasons, sometimes for his or her own or relatives’ welfare needs, or for other payments that have to be borne at the place of residence. mPTech, a company whose mission is to make mobile technologies accessible to everyone, meets the expectations of seniors by offering phones with dedicated functions at prices starting from 80 PLN.

The image of the economic situation of Polish pensioners is dominated by two “competing” narratives. On the one hand, there is discussion of starvation pensions and of the elderly as people who are essentially poor and who invest their meagre resources in food and medicines. At other times, it is pointed out that poverty has more often the face of a child than that of an old woman, and that, moreover, the problem of social insecurity mainly affects the young – those without work or with unstable employment contracts – than those in their old age, who receive at least a modest, but nonetheless guaranteed monthly benefit. Which message is more true? There is no point in seeing it in black and white. As we will see from the statistics, it is worth assuming that the situation of the oldest generation varies. Among the elderly, there are those with very difficult financial conditions, those whose economic situation is modest but stable, and those who can afford a slightly wider range of services and products. Let’s take a closer look.

Usually the discussion on this topic starts with pensions. So let’s recap some data At the end of 2020, the average pension in the group of nearly 6 million pensioners receiving benefits from the Social Insurance Institution (although this is not all pensioners in Poland) will be just over 2.5 thousand gross. With 3.7 million receiving benefits below this amount. As of 1 March this year, the minimum pension is PLN 1250 gross, which means about PLN 1000 net. This is a figure that fluctuates around the social minimum. In December 2020, almost 230,000 people will receive such a minimum pension. How does this compare to, for example, the most expensive smartphone models from Apple or Samsung, whose prices reach up to 5000-6000 PLN or more? Let’ s not forget that during the same period 310,000 less than the minimum statutory pension was paid This is the case for people of pensionable age who do not have the required number of years of service (20 for women and 25 for men). It should also be noted that the 310 000 figure is 19% higher than the previous year[1]. The problem might grow dynamically. Even now people from the generations whose working lives coincided with the years of high unemployment are entering old age. Some people have been or are affected by unemployment or have worked for years on non-contributory contracts, which also affects future benefits. Moreover – and this is the case for many women – the risk of pension deprivation is influenced by breaks in working life due to caring for relatives. Increasing life expectancy also plays a part, so that accumulated pension capital is divided by a greater number of years in retirement. All these factors contribute to the fact that many people’s pensions can be modest. That is why, in order to stay in touch with family and friends, it is worth betting on proven, simple solutions for every budget – myPhone phones – designed with seniors and their needs in mind.

The experience of poverty undeniably affects a number of older people, although determining its exact scale also depends on how we measure it. Extreme poverty is a particularly important indicator. Those affected may find it difficult to meet even their most basic subsistence needs (such as food, clothing, heating or to pay for the accommodation they live in. Does it affect elderly people as well? Yes, according to the Central Statistical Office for 2019, extreme poverty affected almost 3.8% of people over 65 [2]. Almost 1 in 25 elderly people living on the brink of subsistence is certainly a wake-up call. Let us remember that in absolute numbers we get more than 200 000 people! Such people are also profoundly excluded as potential consumers of various products, especially those going beyond the sphere of basic needs.

– More and more people, especially seniors, are giving up their landline phone in favour of mobile phones. And rightly so, because the latter are more comfortable for pensioners, and often also cheaper than traditional phones. It’s biggest advantage is that one can you the mobile phone anytime, anywhere: during walks, shopping or gardening. Secondly, a mobile phone for seniors will allow you to more easily save all contacts of loved ones, so that one can always have them with you. And that means no more digging up numbers from notebooks and business cards. Moreover, the mobile phone is often equipped with a torch, FM radio, alarm clock, calculator and even a camera – explains Kamil Białczyński, Product Manager at mPTech. – In addition, a good classic phone can be bought from as little as 80 PLN and there are models available in various designs: with a charging station, with a flip and sliding casing and with features designed with the senior citizen in mind. The latter phones are simple to use, with large keys and pictorial menus, and offer long run times on a single charge. They are equipped with an SOS button, allowing you to call / send an sms to a pre-programmed number with just one click. In addition, models such as myPhone Halo Q 4family and Q+ 4family additionally offer access to a free 4family application offering even greater security.

However, we should also remember that purchasing decisions made by elderly people depend not only on objective income factors, but also on many other, much softer factors, related to habits, tastes and also fears, e.g. about the future in the face of deteriorating health of their own or their relatives. In comparison to young people, the statistics also show a higher share of health expenses, especially those related to the purchase of medicines. This also provides room for manoeuvre when it comes to purchasing products and services outside the sphere of basic needs. Although health expenditures can be high among individual elderly people, also in this issue we cannot generalize and reduce the opinion about the consumer potential of the elderly generation mainly to the purchase of pharmaceuticals (according to 2018 data, health expenditures statistically accounted for 8% of all expenditures that pensioner households incur, while for the general population it was 5.1%)[3].

The data cited in the text showed that when thinking about the economic situation of the older generation, one should avoid generalisations. The problem of poverty in old age is a serious one, and it may be growing, but it does not reflect the situation of a multi-million-strong group of pensioners, some of whom are already living in relative social economic security. This does not mean living in wealth or luxury, but it does allow participation in the market for goods and services, including those related to modern communication technologies. 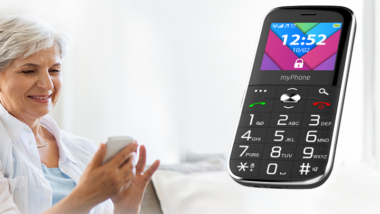 Digital exclusion - why it is such a serious problem and how often are older people exposed? 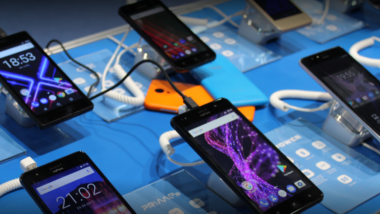 mPTech at MWC2021! See you in Barcelona!