Digital exclusion – why it is such a serious problem and how often are older people exposed?

The problem of digital exclusion of a considerable proportion of the older generation has become even more important in the era of the SARS-CoV-2 coronavirus pandemic. In a situation in which more and more social activity is shifting to the Internet, people who, for various reasons and to varying degrees, can be considered digitally excluded are becoming particularly vulnerable to social marginalisation.

In regard to older people, the problem has been known and described for over a decade, for example in the pioneering report of the Mature Online Coalition from 2010. The ageing of society as well as the development of digital technologies and their presence in our lives are progressing so dynamically that this phenomenon should be constantly re-examined, taking into account new, previously unforeseen circumstances, such as the aforementioned pandemic. Below I shall try to give some idea of the problem of the digital exclusion of older people.

As we know digital competences can be useful in different situations and phases of life and also in different stages of ageing. For peri-retirement people digital competences can be used to sustain professional and social activity and with advancing age they can be helpful in the process of care, support, treatment. In almost all phases of life digital skills can be used to establish and maintain contacts, communicate with others or to widen the range of attractive leisure activities.

At times, these skills can serve an older person’s unexpected and highly individualised needs.They do not always have to be related to what is new and innovative. Sometimes an elderly person uses the Internet to refresh interests or contacts from the past. I still recall how, a decade ago, an elderly man whom I taught how to use a computer and the Internet, having quickly mastered the new skills, used them, for example, to listen to his favourite music from the 1950s on YouTube and to search through ” Nasza klasa” portal for friends from primary school, with whom he had not seen for decades. Nowadays, the range of possibilities offered by digital technologies is even more extensive. Increasingly, these are moving from traditional, desk-top computers to mobile devices. In times of pandemics (but not only), this is also important for communicating and showing support for each other even among close people who are physically distant from each other or who are temporarily unable to accompany an elderly person on a continuous basis, including those who are ill or who require support in their day-to-day functioning. Mobile applications such as “4family”[1] come to the rescue. As we can see, the usefulness of devices, applications and digital competences does not only concern the elderly person, but also benefits their family and carers – both in formal, informal or business relationships. For this potential to be more broadly exploited, it is necessary to combat digital exclusion in its broadest sense, and the problem is widespread when it comes to the ageing generations. Let’s look at the scale of the phenomenon. 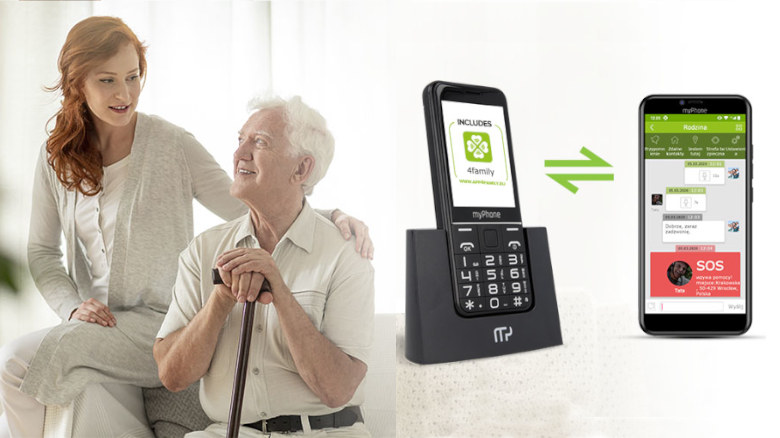 In the web of generational distances

Statistical information on this subject is provided, for instance, by the Central Statistical Office in a report on the quality of life of older people published in February 2021, but containing data for 2018 – so even before the pandemic. As the study reads: ” The results of the 2018 Social Cohesion Survey show that only 30% of older people (aged 65 and over) used the internet in the 3 months preceding the survey. In comparison, the corresponding percentage for the entire survey population (people aged 16 and over) was about 76%.”[2]. The 70 percent who did not use the Internet in the quarter preceding the survey is a very large proportion of the older generation. The fact that the above percentages differ so much from those for younger generations points to a space of potential difficulties in communication between generations. While the young lead their lives to such a large extent in the digital world and the older in the analogue one, there is a risk that their worlds will increasingly diverge, which is already happening to some extent. This is certainly a major and wide-ranging challenge.

It should be noted, however, that as more and more people enter the autumn of life, the risk of total digital exclusion of seniors will be lower. If we look – in the context of the cited report – at Internet use, in the 3 months preceding the survey, indicated 60% of people at the beginning of old age (55+64). This is still not much, but significantly more than for slightly older age groups. In future decades, the threshold of old age is likely to be crossed by generations who have been in direct contact with new information technologies since childhood. However, this does not have to mean that the problem of digital exclusion of mature people will completely disappear. The development of new technologies is so dynamic (and the pandemic is an additional catalyst) that even those who are present in the digital world may not be able to keep up with the technological changes that are taking place to the extent that they need to. This is also a major challenge for the present and the future.

However, let us stop for a moment at the present. There are differences within the older generation in terms of Internet use, which are influenced by place of residence or age, and to a lesser extent by gender. In the case of people over 65 years of age, men are slightly more likely to declare having used the Internet than women (34% and 27% respectively in the 3 months prior to the study). Even greater differences can be seen according to the place of residence. It is not only a matter of urban-rural divide, although differences can be observed here as well (39% of urban residents used the Internet within three months before the research – while in rural areas it was 14%). The size of the inhabited centre is of great importance – in large cities seniors use the Internet much harder than those in smaller towns.Seniors living in multi-generational households are slightly more likely to use the Internet than those living alone (and it is for the latter that the psychosocial consequences of digital exclusion may be particularly acute). Another variable is age. Younger seniors use the Internet much more often than older ones. The cited CSO report not only shows the scale of (non-) use of the Internet by older people, but also defines the reasons for this phenomenon. The most common reason was lack of skills, followed by lack of the need to use the Internet frequently. At least the latter must have been changed by the pandemic reality in which needs grow into necessities. This manifests itself on many levels: from official matters, shopping, information, through interpersonal contacts, to health issues. What do seniors use the Internet for? According to the declarations, it is most often used for obtaining information. Slightly less frequently, it is used for interpersonal communication. Relatively few older people use online banking or e-administration. However, all this is data from before COVID-19, which must have influenced both the scale of Internet use by older people and the reasons for which they decide to use it.

Technological advancement and the need for reflection

The use of digital technology by older people has consequences for their potential as consumers of various goods and services. This is the case in many sectors, not only those related to modern technologies. The fight against the digital exclusion of seniors is therefore one of the factors for building the so-called silver economy in Poland. As Kamil Matuszczyk writes in the “Polityka Senioralna” magazine, the time of the pandemic forced many people to acquire various remote contact skills at a rapid pace. Certainly, in some cases, the expansion of these skills was forced by circumstances and this may have also opened seniors up to new opportunities for socio-economic participation[3], which will remain with them even after the end of the coronavirus. However, it is important to remember that not all seniors gained from the wave of change. Some still remain outside the digital world or on its fringes, with a sense of even greater confusion, barriers to accessing information and support. These people also need to be remembered, reached and supported. Just as we rightly and anxiously discuss remote education and the risk of deepening the exclusion of the youngest, we should also carefully observe the impact of new situations on the risk of exclusion of the oldest and counteract accordingly. Technology can help, but it also requires a human perspective.  The pandemic has also shown that although various remote and technology mediated contacts can be extremely helpful, they cannot replace face-to-face relations. However, digital technologies are certainly a very important – especially in difficult times – enhancement and sometimes the only way to enable contacts and ways of support for a growing and diverse group of older people.

mPTech, meeting the needs of the elderly and wishing to ensure better remote contact between the seniors and their loved ones, has created the 4family mobile application. It is a proposal for all those who want to take better care of the safety of their loved ones, especially seniors, i.e. those most at risk from the effects of the coronavirus epidemic. The application will also be useful in taking care of children, thanks to a number of functions such as: sending SOS alerts in emergency situations, remote adding of contacts and calendar reminders, sending voice messages or the possibility of finding out the approximate location of the person in care. The 4family app is free, available on Google Play for Android smartphones. It is also installed on a specially marked myPhone Halo Q 4family – a phone dedicated to elderly people. For the convenience of users, we have also made available a smart band with a telephone function, i.e. myBand 4family.

[1] 4family – Be calm about your loved ones: children, parents (app4family.eu) 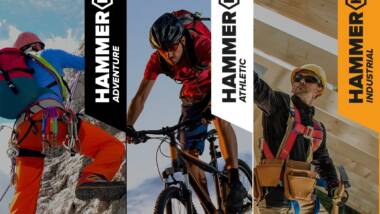 HAMMER divides its portfolio according to the application of the devices 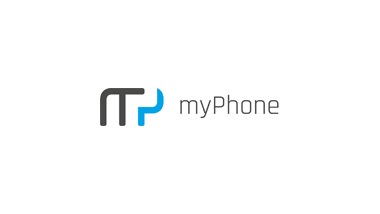 Expert: What do we know about the economic situation of the elderly?